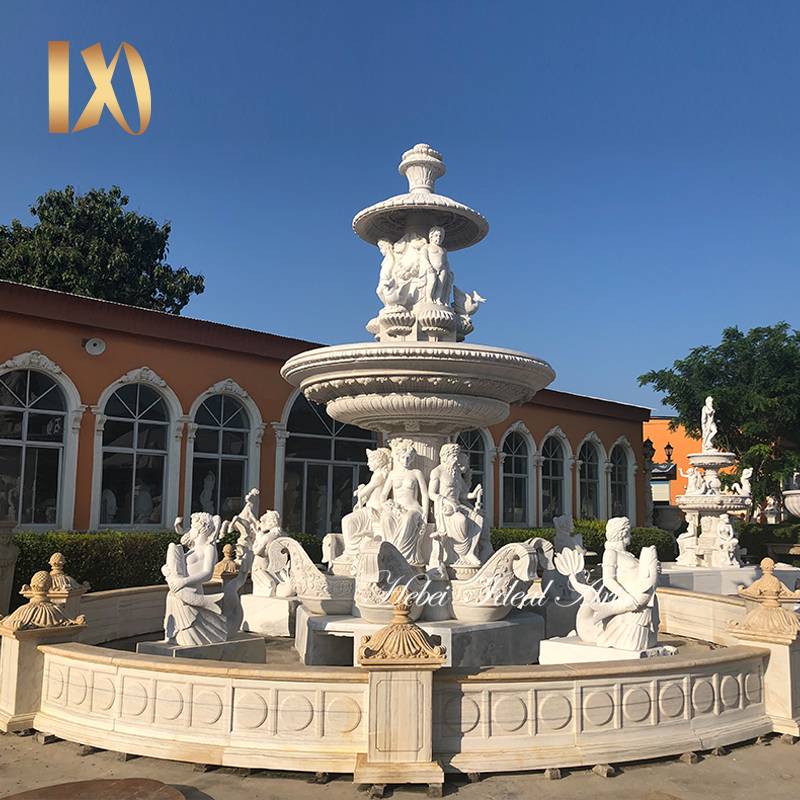 Between 1835 and 1840, two grand fountains and some richly decorated monuments were added to the Place de la Concorde. The monument is decorated with a pattern on the bow and is a symbol of the city of Paris. The two fountains are intended to embody the superb navigation and river navigation skills of France at that time. In fact, these two fountains are just imitations of the fountains in St. Peter's Square in Rome. The north side of the square is the River God Fountain, and the south side of the square is the Neptune Fountain.

There is a three-layer water fountain on each side. There are 6 exquisite bronze mermaids on the water fountain, holding a fish in each hand, and spraying a few meters of water from the mouth of the fish, splashing water like floating yarn.

From a distance, the fountain looks like two giant butterflies in reverse. In fact, the two fountains are two large groups of sculptures full of spouts and spraying day and night. The spouts of each fountain are too many to count. In the round pool, a group of naked goddesses who are larger than real people hold golden carps, dolphins, etc. along the pool, and the big mouths of the fish and dolphins are raised. A few meters of fountain spray obliquely toward the center of the fine carving, and there are more spouts on the center group of carvings, either upwards or downwards, creating a landscape full of thousands of springs.

The upper and lower two groups of sculptures in the center of the "River God Fountain" are dominated by rivers. The upper layer is a few naked and tender little angels playing in the water, and the lower layer is three larger than real people with different postures, with the upper body naked and green robes. The fairies are surrounded by the beautiful Rhine goddesses. They are harvest fairies holding grapes, love fairies holding flowers, and fruit fairies symbolizing sweetness. The graceful and luxurious Rhine goddesses sit in a circle with them leaning on a column decorated with golden reliefs. The column is inlaid with a dish-shaped spray platform with reliefs. The relief on the spray platform consists of a circle of golden heads of gods, each head The flowing grooves are engraved on both sides, just like the long flowing hair of the head.

The design and form of "Poseidon Fountain" are no different from "River God Fountain", except that the dynamics of all the characters are different. The three fairies are the pearl fairies, shell fairies, and coral fairies with the ocean. The main god is the male Atlantic sea god. 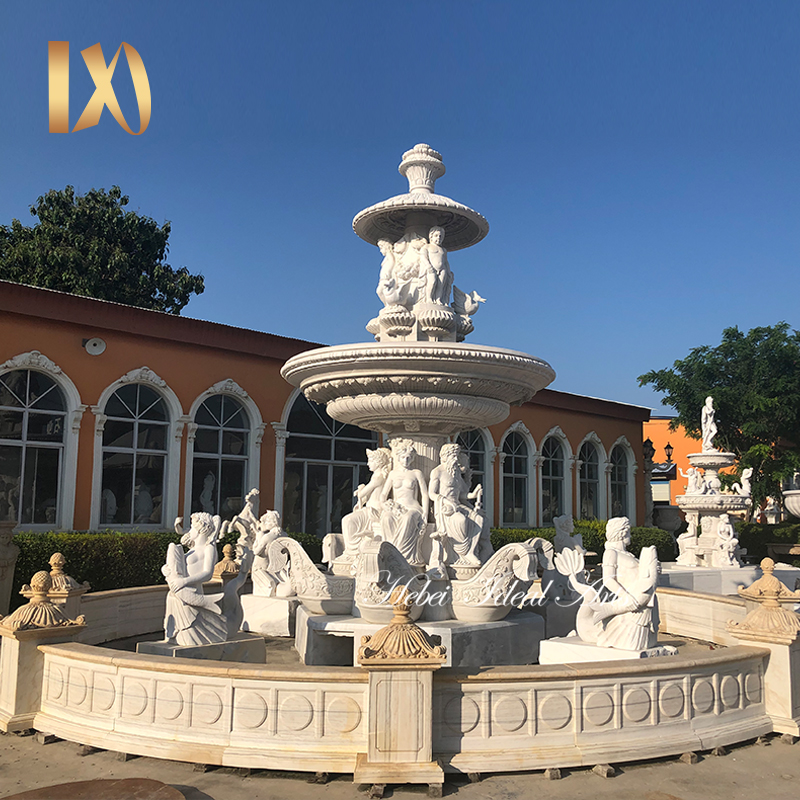 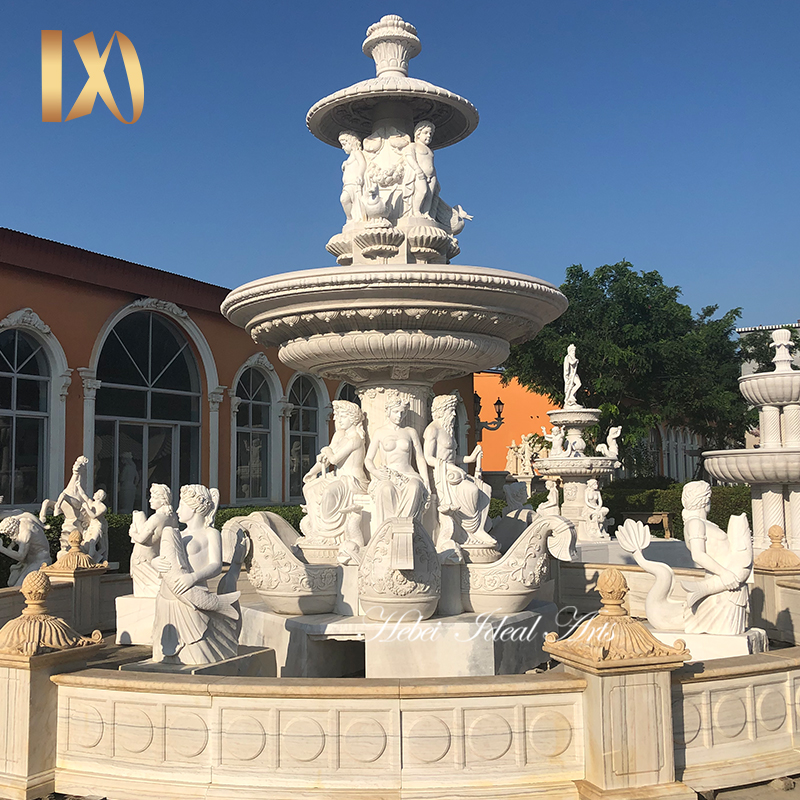 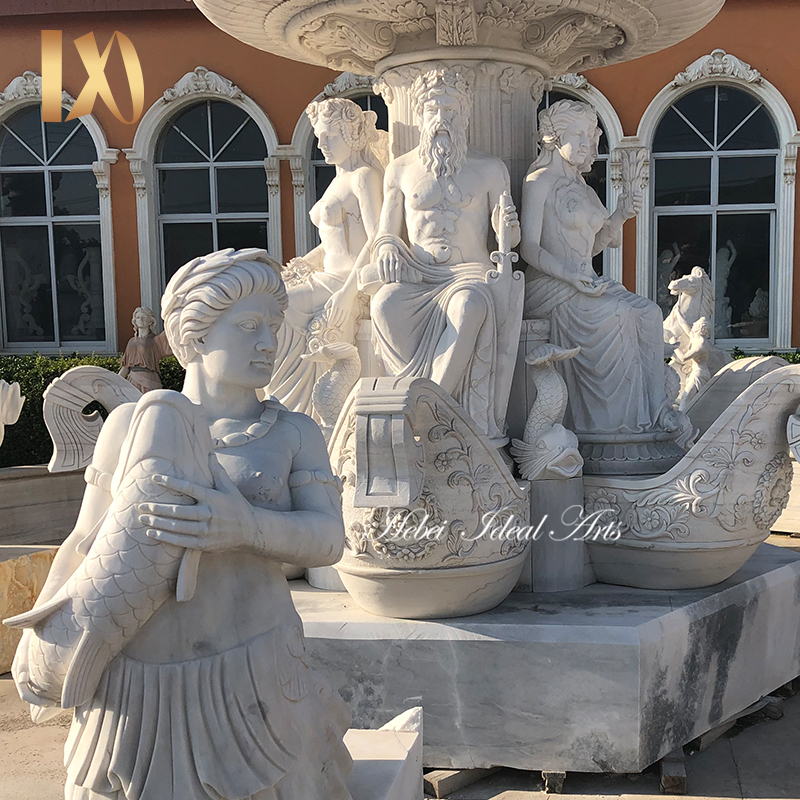 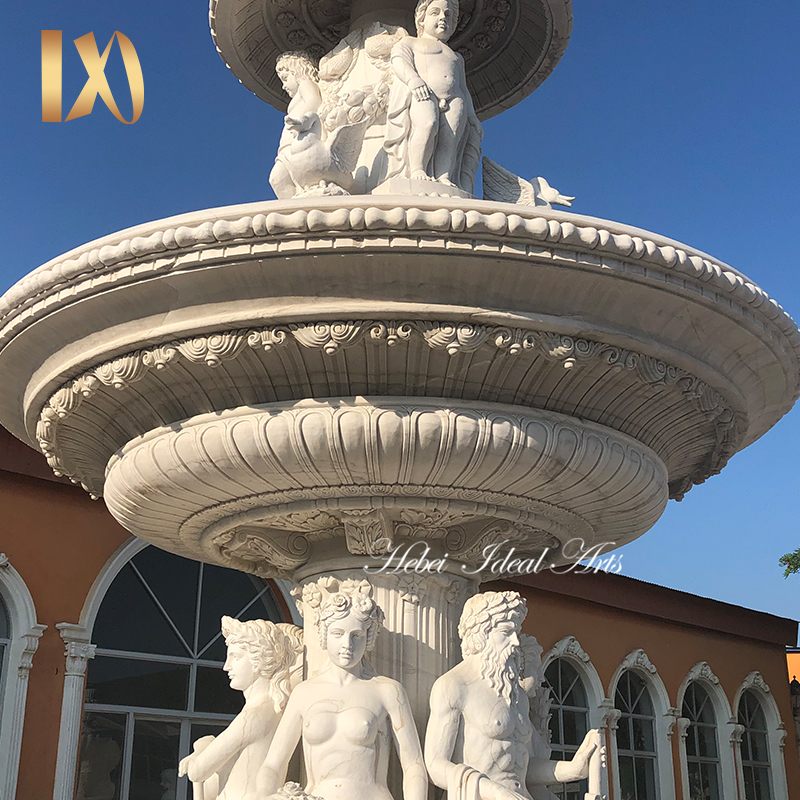 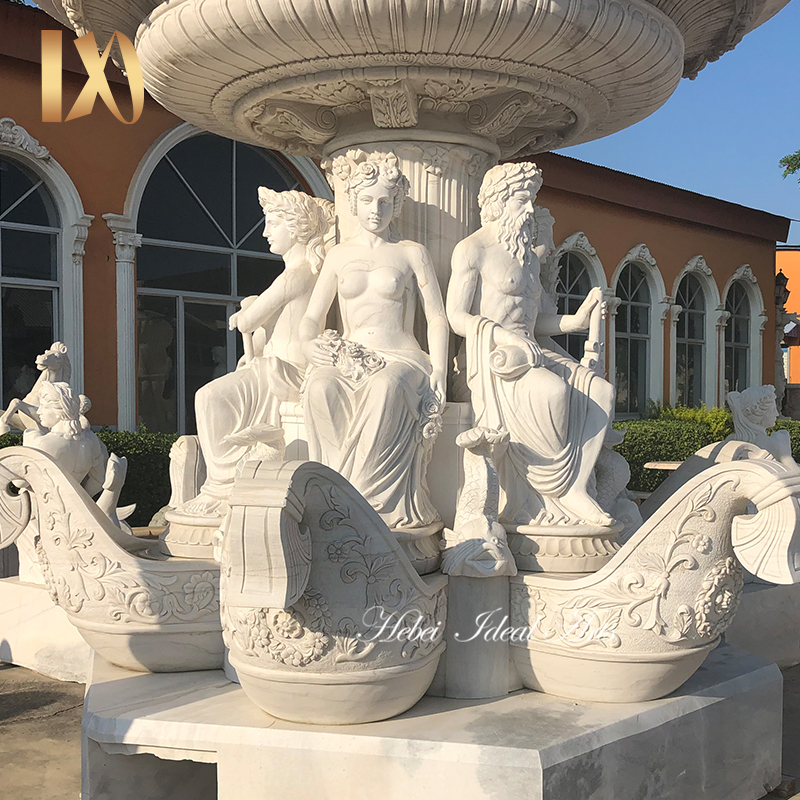 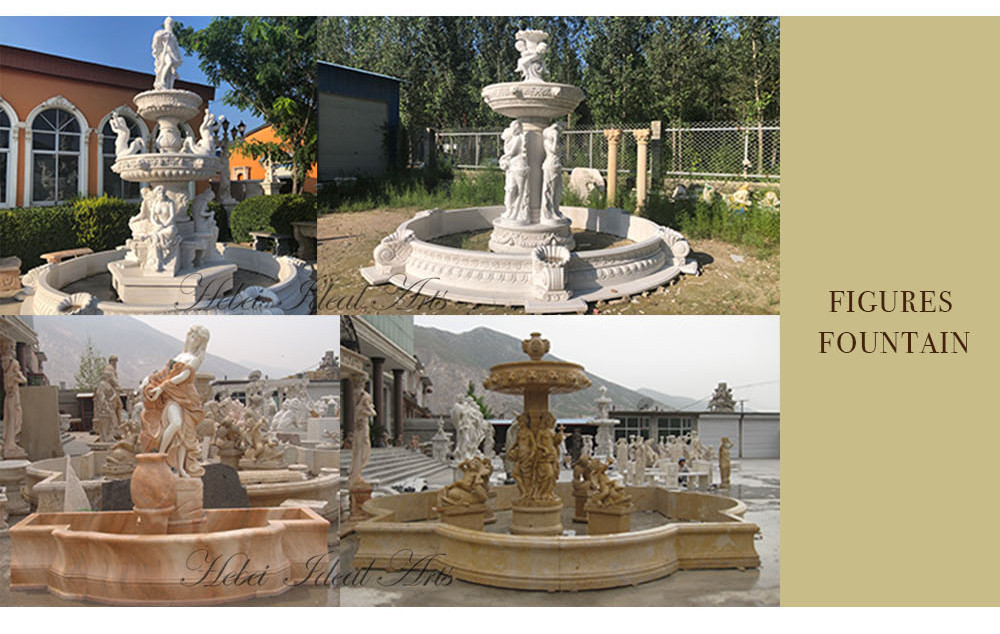 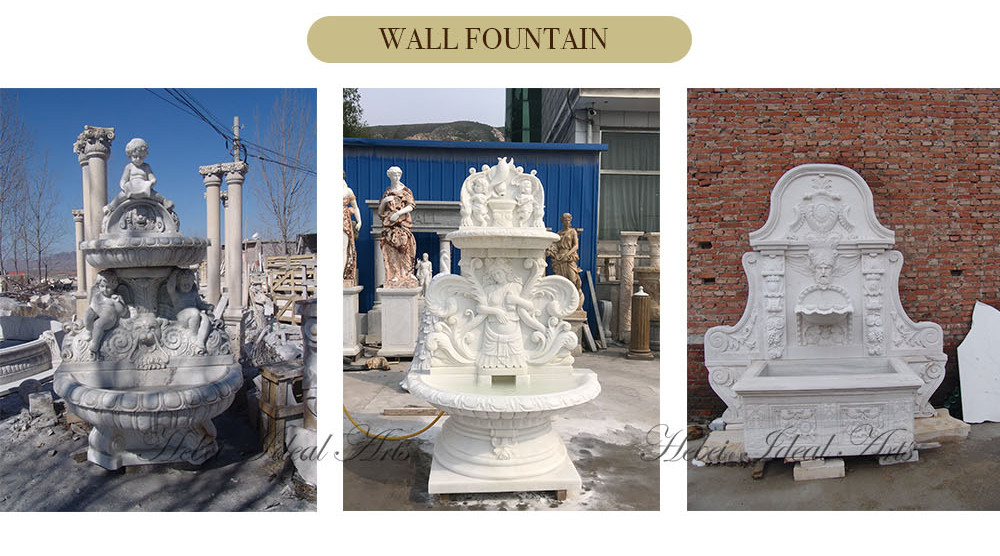 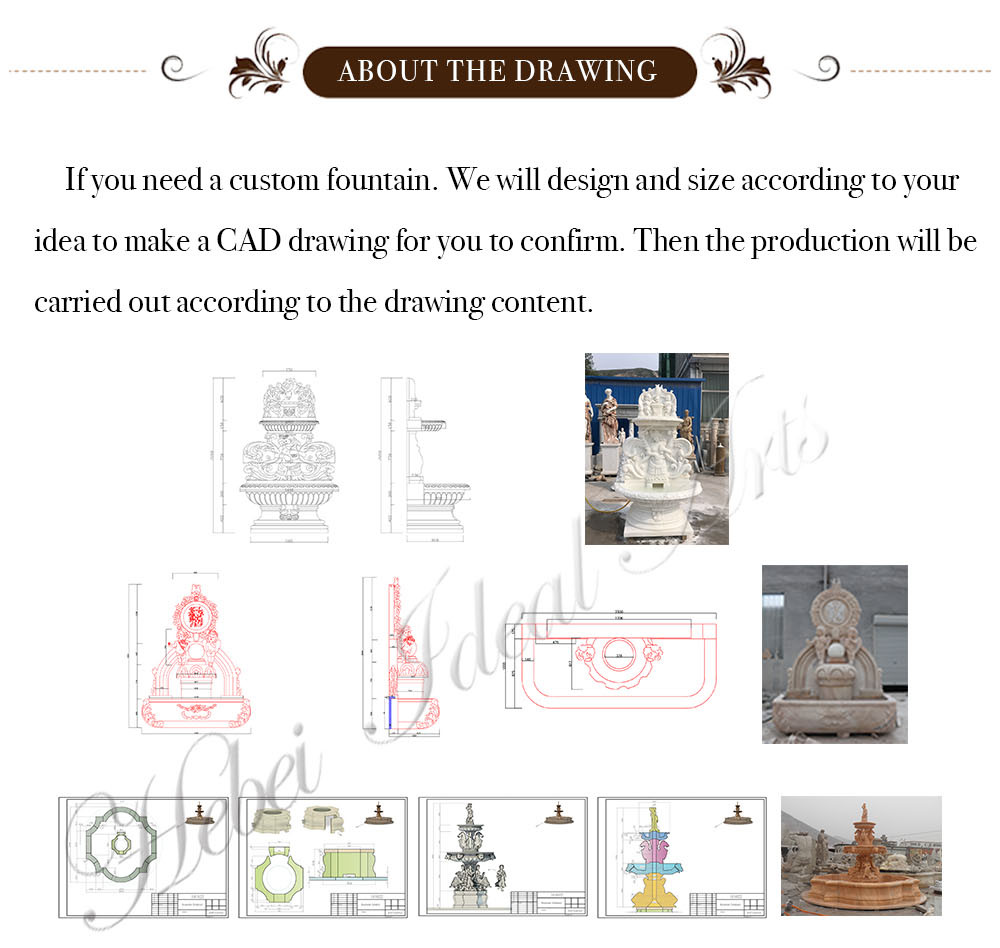 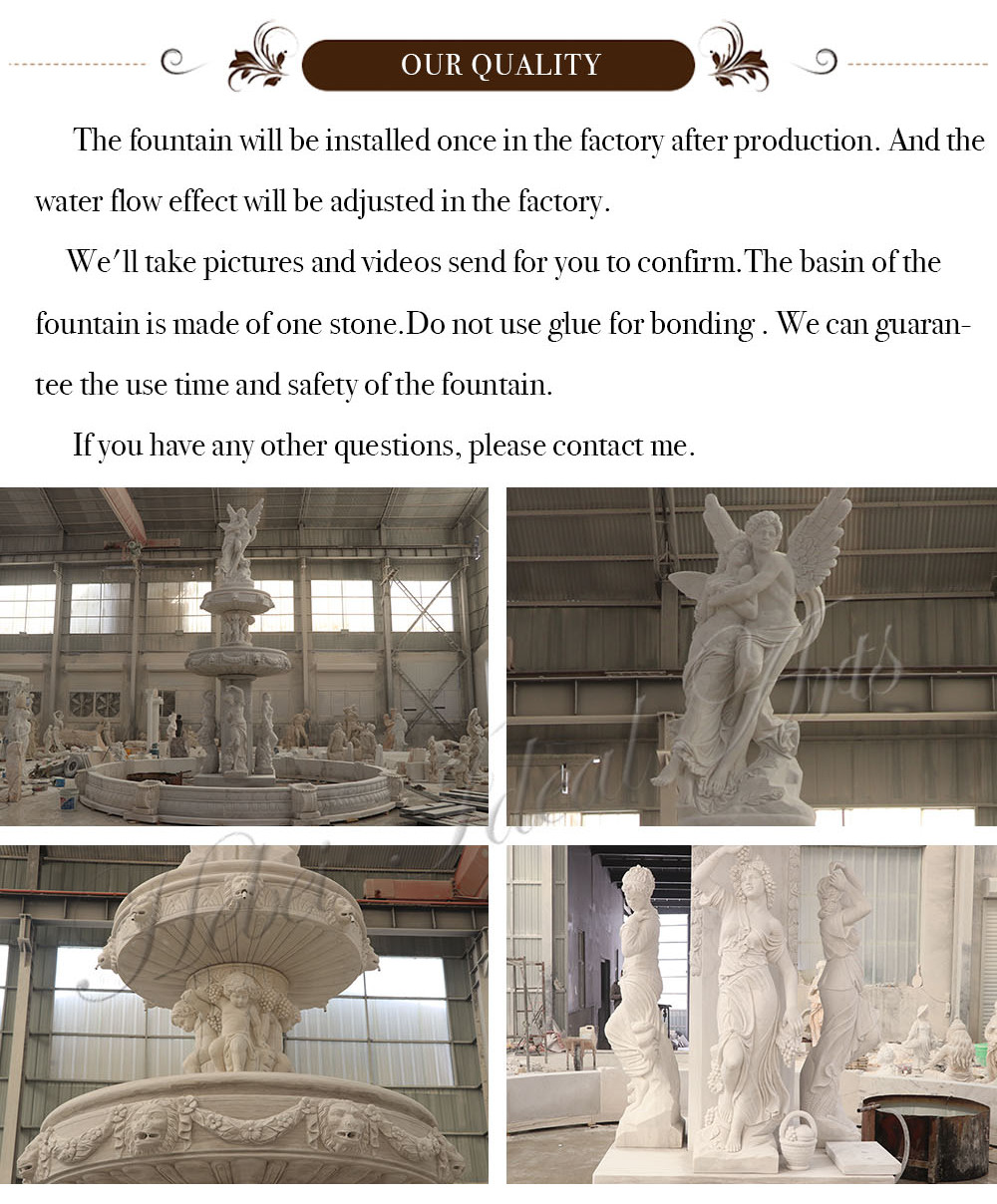