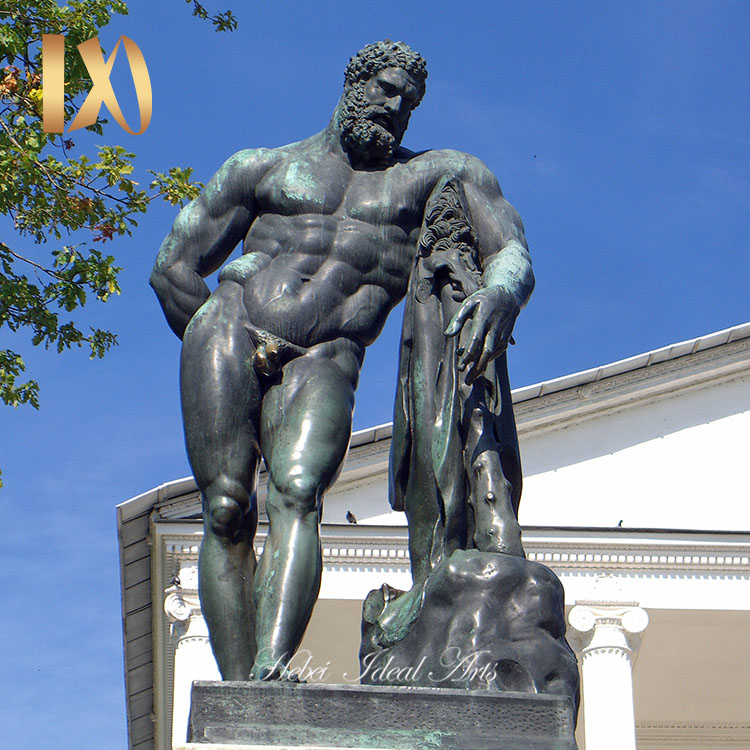 This fine example of Roman sculpture shows the Greek hero – he is sometimes known by his Greek name, as the Farnese Herakles – leaning on his customary wooden club, here cushioned by a lionskin. His downcast eyes, together with his pose, suggest that Hercules has been exhausted by his Labours – and it is on account of this that the sculpture has gained another name, the Weary Hercules.

In case we were to think that his latest Labour had gotten the better of him, though, there's a surprise in store when we look behind the back of the statue: two golden apples. These apples reveal that, weary or not, Hercules has nevertheless accomplished his assigned task, in this case by holding up the skies in place of the god Atlas. Still, despite his size, the emphasis on his tiredness after the hard work of hefting up the heavens indicates that the Farnese Hercules is a very human hero.

This particular marble statue was found in the Baths of Caracalla in Rome, although it is most likely a version of a bronze statue attributed to the Greek sculptor Lysippus, who lived in the fourth century BCE. It is not uncommon in ancient Roman art to find sculptors producing 'free copies' of earlier Greek sculptures, but the act of replication and re-display always changes the way the statue is viewed – Hercules might be made very big, or very small. The sheer number of other versions or replicas of the Farnese Hercules suggest it was almost as famous in antiquity as it has been in Western art, since its rediscovery in 1546. 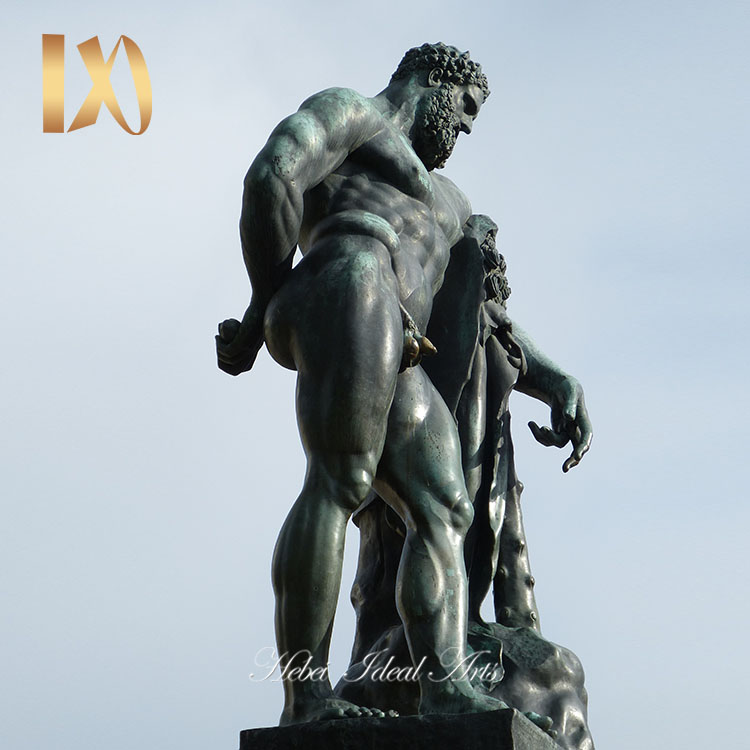